Living and working in the Lake District is absolutely wonderful...until you’re trying to give directions to someone who doesn’t know the local area at all.

None of the landmarks you’re referencing make sense to them, and the lake you’re talking about, Bassenthwaite, Derwent, Buttermere?...it could be the slightly oversized puddle behind them...or maybe not. One church looks just like another, and one bend on a country lane is just the same as every other bend. 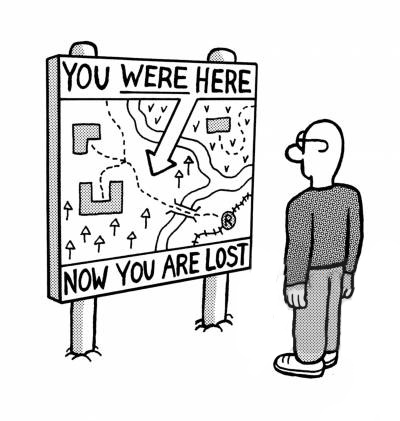 That’s what Sat Nav is for, I hear you say. Well, that’s all well and good in towns and cities where postal codes cover set areas and actually take you to them. But in rural locations the same postal code can cover properties across an entire valley, which encompasses three or four villages, or sometimes two or three farms which can cover hundreds of acres of land. So, again...not always as straight forward as we want it to be.

The developers of What3words recognized this and decided to do something about it. They divided the world into 3 metre by 3 metre squares and each and every square has a 3 word—a unique 3 word—combination to take you directly to that 3 metre square on the globe.

It is being used worldwide, by emergency services—especially the Ambulance Service and Mountain Rescue Services—to help locate those in need, car rescue services like the AA, RAC and Green flag are adopting it, as are delivery couriers in increasing numbers.

All you have to do is download the app to your smartphone, tablet, laptop or computer, then open it up and it will give you the three words for the location where you are at that very moment in time. Don’t believe me? Give it a try.

https://what3words.com/about for the website or apps can be downloaded for free through App Store for iOS and via Google Play for Android.

With this in mind, and bearing in mind how folks can have trouble finding us sometimes in our rural location, we’re joining the ranks of what3words and have discovered the w3w combo for the doors of Kestrel Lodge’s Reception.

To use this, just open the app, tap on the search bar at the top (where it is currently showing your location) and type in the address given. That will highlight a little square by Kestrel Lodge Campsite on the map on your screen. To get directions from your location to Kestrel Lodge (or wherever you want to go) hit the navigate tab and then select which map app you want to use to direct you there.

It's as easy as that.

It’s FREE to use, and in an emergency situation it will bring help directly to you...not just somewhere in the vicinity, or if you’re walking in the fells and it’s Mountain Rescue that you need...w3w is what they really need to find you.

How to Find Us